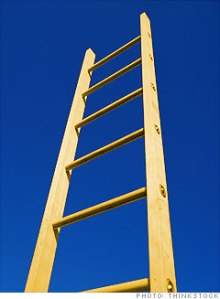 Stacey Calvin spends almost as much time commuting to her job — on a bus, two trains and another bus — as she does working part-time at a day care center. She knows exactly where to board the train and which stairwells to use at the stations so that she has the best chance of getting to work on time in the morning and making it home to greet her three children after school.

Her nearly four-hour round-trip stems largely from the economic geography of Atlanta, which is one of America’s most affluent metropolitan areas yet also one of the most physically divided by income. The low-income neighborhoods here often stretch for miles, with rows of houses and low-slung apartments, interrupted by the occasional strip mall, and lacking much in the way of good-paying jobs.

This geography appears to play a major role in making Atlanta one of the metropolitan areas where it is most difficult for lower-income households to rise into the middle class and beyond, according to a new study that other researchers are calling the most detailed portrait yet of income mobility in the United States.

The study — based on millions of anonymous earnings records and being released this week by a team of top academic economists — is the first with enough data to compare upward mobility across metropolitan areas. These comparisons provide some of the most powerful evidence so far about the factors that seem to drive people’s chances of rising beyond the station of their birth, including education, family structure and the economic layout of metropolitan areas.

An observer to the world. I have a unique view of the world and want to share it. It's all in love from the people of the "blues". Love, Knowledge, and Sharing amongst all is the first steps towards solving all the problems amongst humanity.
View all posts by The Soul Brother →
This entry was posted in News from the Soul Brother and tagged David Leonhardt, Economic Inequality, economic mobility, economy, life, Metropolitan area, poverty, Social mobility, United States. Bookmark the permalink.