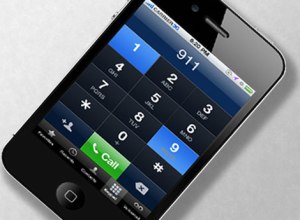 Years ago, someone stole my very first cellphone (a flip model with—get this—an antenna) out of my bag on the New York City subway. I despaired. As a grad student, I was chronically broke and couldn’t afford a replacement. Luckily, a generous friend gave me an old phone unearthed from his desk drawer. I got a new SIM card, switched it into my friend’s handset, and added my contacts. Problem solved.

It wouldn’t be so simple these days. In the mid-’90s, wireless companies began to place digital locks on their phones so that consumers couldn’t transfer them to a new carrier. It’s relatively easy to unlock a phone—you can download the necessary code for a few bucks. But as of January 26, under the Digital Millennium Copyright Act (DMCA), you can no longer do this legally. The 1998 law, aimed mostly at curbing digital piracy, also outlawed cellphone unlocking, but the US Copyright Office had always granted an exemption since unlocking phones really has little to do with copyright. The wireless industry didn’t like that—it argued that because carriers often subsidize the cost of phones, it’s not fair to let customers take their device to a competitor.

An observer to the world. I have a unique view of the world and want to share it. It's all in love from the people of the "blues". Love, Knowledge, and Sharing amongst all is the first steps towards solving all the problems amongst humanity.
View all posts by The Soul Brother →
This entry was posted in News from the Soul Brother and tagged cellular, Digital Millennium Copyright Act, DMCA, Mobile phone, New York City Subway, SIM lock, technology, United States Copyright Office, US Copyright Office, wireless. Bookmark the permalink.