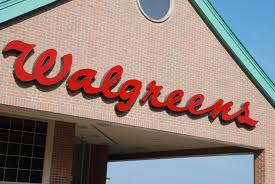 An undercover investigation of eight Walgreens stores in Missouri found a pattern of deceptive pricing that overcharged customers, the state’s attorney general said in a lawsuit filed Tuesday.

According to Attorney General Chris Koster, the national drugstore chain routinely charged higher prices at checkout than were on shelf or display price tags for the merchandise.

In the investigation, the practice occurred in 43 of 205 purchases, nearly 21 percent of purchases at the stores investigated in five Missouri cities, including Kansas City.

“This level of consumer deception is … appalling,” Koster said at a news conference in Kansas City.

His office on Tuesday filed a lawsuit against Walgreen Co. in Jackson County Circuit Court seeking financial penalties and an injunction to stop the practice. He said the alleged deceptive practices were statewide.

“Walgreens is going to fix the problem,” Koster said.

Walgreen Co. in a statement said it had a 112-year history of acting in its customers’ best interests and that would continue to be its focus. It added it was disappointed and disagreed with the attorney general’s comments.

An observer to the world. I have a unique view of the world and want to share it. It's all in love from the people of the "blues". Love, Knowledge, and Sharing amongst all is the first steps towards solving all the problems amongst humanity.
View all posts by The Soul Brother →
This entry was posted in News from the Soul Brother and tagged Chris Koster, deceptive pricing, Kansas City, lawsuit, Missouri, Missouri Attorney General, pricing, Walgreen, Walgreen Co. Bookmark the permalink.