By Bill Moyers and Michelle Alexander 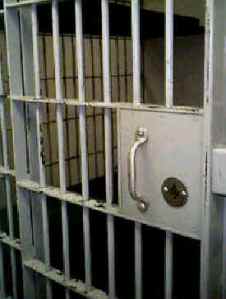 There are more African Americans under correctional control today ̶ in prison or jail, on probation or parole ̶ than were enslaved in 1850, a decade before the Civil War began. According to The Sentencing Project, an advocacy group dedicated to changing how we think about crime and punishment, “More than 60 percent of the people in prison are now racial and ethnic minorities. For black males in their thirties, one in every ten is in prison or jail on any given day.”

Because of the 40-year war on drugs and get tough sentencing policies, the American prison population has exploded from about 300,000 in the 1970’s to more than 2 million today. The United States has a higher rate of incarceration than any other nation and spends billions every year to keep people behind bars. The cost on democracy is immeasurable.

This week on Moyers & Company, Bill Moyers speaks with civil rights lawyer and legal scholar Michelle Alexander. Her book The New Jim Crow: Mass Incarceration in the Age of Colorblindness had just been published last time she joined Bill in conversation, three and a half years ago. It’s a work of scholarship that lays out how the war on drugs, harsh mandatory minimum sentencing and racism have converged to create a caste system in this country very much like the one under Jim Crow segregation laws. The book became a bestseller and spurred a wide conversation about justice and inequality in America – inspiring one reviewer to call it “the bible of a social movement.”

An observer to the world. I have a unique view of the world and want to share it. It's all in love from the people of the "blues". Love, Knowledge, and Sharing amongst all is the first steps towards solving all the problems amongst humanity.
View all posts by The Soul Brother →
This entry was posted in News from the Soul Brother and tagged african american, Bill Moyers, incarceration, mass incarceration, Michelle Alexander, prison, Sentencing Project, The New Jim Crow: Mass Incarceration in the Age of Colorblindness, United States. Bookmark the permalink.