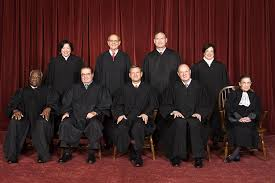 On Monday, the Supreme Court declined to review a lower court’s decision to block a 20-week abortion ban from taking effect in Arizona. That decision ensures that the law will remain permanently blocked, and women in the state will continue being able to access abortion care until the point of viability as defined under Roe v. Wade, around 24 weeks of pregnancy.

“This ensures that no Arizona women’s lives or health are harmed by this callous and unconstitutional law,” Nancy Northrup, the president of the Center for Reproductive Rights, said in a statement. Northrup’s organization partnered with the ACLU to file suit against Arizona’s abortion ban in 2012.

These type of later abortion restrictions have become somewhat of a flashpoint in the debate over reproductive rights. Nine states have enacted laws banning abortion procedures after 20 weeks, typically based on the junk science that fetuses can experience pain after that point. The House passed a national 20-week ban over the summer, and a companion measure was introduced in the Senate in November. Arizona’s law, however, is even more stringent than many of the other 20-week bans that have passed at a state level. It defines gestation in a different way than the other bans, cutting off abortion access two weeks earlier —%

An observer to the world. I have a unique view of the world and want to share it. It's all in love from the people of the "blues". Love, Knowledge, and Sharing amongst all is the first steps towards solving all the problems amongst humanity.
View all posts by The Soul Brother →
This entry was posted in News from the Soul Brother. Bookmark the permalink.