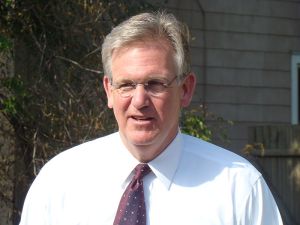 Missouri Gov. Jay Nixon vetoed a bill Monday which would have allowed teachers and administrators to carry concealed weapons in schools.

The bill would have designated certain school officials as “school protection offers” who would have to complete a 100-hour police training in order to carry a gun. Additionally, the bill would lower the age requirement for concealed weapons from 21 to 19, allow gun owners to carry their weapons openly in the state despite bans in certain cities, and require public housing authorities to allow their tenants to possess firearms. The bill passed the GOP-controlled legislature in May, but the veto came on the last day Nixon had to act on the legislation.

“Arming teachers will not make our schools safer,” Nixon said. “I have supported and will continue to support the use of duly authorized law enforcement officers employed as school resource officers, but I cannot condone putting firearms in the hands of educators who should be focused on teaching our kids.”

An observer to the world. I have a unique view of the world and want to share it. It's all in love from the people of the "blues". Love, Knowledge, and Sharing amongst all is the first steps towards solving all the problems amongst humanity.
View all posts by The Soul Brother →
This entry was posted in News from the Soul Brother and tagged gun laws, guns, Jay Nixon, Missouri, Missouri legislature, schools, teachers. Bookmark the permalink.