Alabama state trooper who killed black activist in 1965, sparking Selma march is deathly ill and ‘wants nothing to do with all that stuff going on down there’: daughter 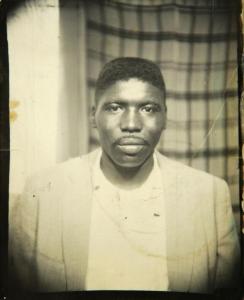 The former Alabama state trooper who killed black activist Jimmie Lee Jackson in 1965 — galvanizing the civil rights movement — is deathly ill and “wants nothing to do with all that stuff going on down there,” his daughter told the Daily News.

But Fowler’s daughter — who lives on a plot of land next to his in this tiny town near the Florida border — said she’s bracing for a potential confrontation.

“He’s not even able to move, and he’s got dementia,” said the daughter, who was frothing with anger and didn’t give her name.

Fowler’s slaying of Jackson triggered the march in Selma that became known as “Bloody Sunday.”

Jackson was one of 500 people participating in a nighttime march in nearby Marion on Feb. 18 to protest the jailing of a civil rights worker. After troopers began assaulting the marchers, Jackson, a Baptist deacon, rushed into a diner called Mack’s Cafe. A group of troopers followed them inside. Witnesses said Jackson’s grandfather and mother were clubbed to the floor.

Seconds later, Fowler opened fire on Jackson. Before he died at an area hospital, the unarmed man told a nurse he was rushing to protect his mother.

Read More: Alabama state trooper who killed black activist in 1965, sparking Selma march is deathly ill and ‘wants nothing to do with all that stuff going on down there’: daughter

An observer to the world. I have a unique view of the world and want to share it. It's all in love from the people of the "blues". Love, Knowledge, and Sharing amongst all is the first steps towards solving all the problems amongst humanity.
View all posts by The Soul Brother →
This entry was posted in News from the Soul Brother and tagged Alabama, civil rights, James Bonard Fowler, Jimmy Lee Jackson, race, Selma, Selma 50th Anniversary, United States. Bookmark the permalink.