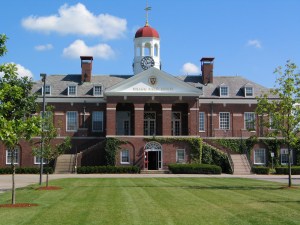 Who was the first person to ask for reparations for slavery?

In America the concept of reparations for slavery is generally thought to have originated during the Civil War era, with the failed promise of 40 acres and a mule. But it actually dates back to Revolutionary America, when a former slave named Belinda went before the Massachusetts Legislature and asked that an “allowance may be made … out of the estate” of her former master.

Belinda lived for more than 40 years in bondage to Isaac Royall Jr., a native of Massachusetts and the scion of sugar planters who made their fortune in Antigua. She spent most of those four decades on Royall’s expansive property in Medford, Mass., where he was the town’s largest slaveholder. (Some 60 slaves—not simultaneously—would occupy the house in the decades prior to the Revolution.) Royall, a loyalist, fled Massachusetts in 1775, within days of the Battle of Lexington and Concord, and Belinda became the property of the commonwealth, which freed her in 1778. Belinda and her sickly daughter moved to Boston.

In 1781 a slave known as Mum Bett (later Elizabeth Freeman) famously sued her master for freedom and won. In 1783, following Commonwealth v. Jennison, Massachusetts abolished slavery. The American Revolution would end in September of that year. It was in this atmosphere, early in 1783, that the elderly, impoverished Belinda sought recompense for her years of unpaid labor. Her petition, presumed to be written by the black abolitionist Prince Hall, stated that she was “denied the enjoyment of one morsel of that immense wealth, a part whereof hath been accumilated [sic] by her own industry, and the whole augmented by her servitude.” Swayed, the legislature awarded Belinda an annual pension of 15 pounds. (Belinda disappeared from all records after 1790.)

An observer to the world. I have a unique view of the world and want to share it. It's all in love from the people of the "blues". Love, Knowledge, and Sharing amongst all is the first steps towards solving all the problems amongst humanity.
View all posts by The Soul Brother →
This entry was posted in News from the Soul Brother and tagged african american, Black History, Commonwealth v. Jennison, Elizabeth Freeman, Harvard University, history, Mum Bett, reparations. Bookmark the permalink.