‘This is a new low even for Walmart,’ say fired workers

By Chris Isidore and Katie Lobosco 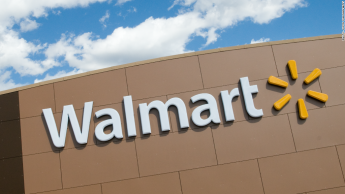 Walmart (WMT) unexpectedly closed five stores last week for what it said were severe plumbing problems. That put 2,200 people out of work.

But the United Food and Commercial Workers union filed an injunction with the National Labor Relations Board on behalf of Walmart Monday seeking to stop workers from losing their jobs. It wants the NLRB to force Walmart to rehire all of the terminated workers.

Walmart said workers at the affected stores were given two months pay, which is required under federal law regarding layoff notices. But the workers could be out of a job by mid-June unless they find a position at a different Walmart store. The stores are expected to be closed about six months for repairs.

An observer to the world. I have a unique view of the world and want to share it. It's all in love from the people of the "blues". Love, Knowledge, and Sharing amongst all is the first steps towards solving all the problems amongst humanity.
View all posts by The Soul Brother →
This entry was posted in News from the Soul Brother and tagged employment, fair pay, income inequality, National Labor Relations Board, union organizing, United Food and Commercial Workers, wages, Walmart. Bookmark the permalink.

1 Response to ‘This is a new low even for Walmart,’ say fired workers