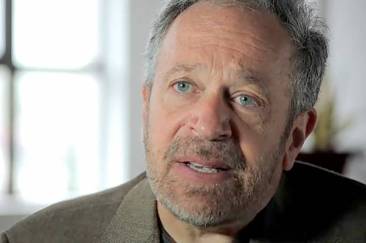 A security guard recently told me he didn’t know how much he’d be earning from week to week because his firm kept changing his schedule and his pay. “They just don’t care,” he said.

A traveler I met in the Dallas Fort-Worth Airport last week said she’d been there eight hours but the airline responsible for her trip wouldn’t help her find another flight leaving that evening. “They don’t give a hoot,” she said.

Someone I met in North Carolina a few weeks ago told me he had stopped voting because elected officials don’t respond to what average people like him think or want. “They don’t listen,” he said.

What connects these dots? As I travel around America, I’m struck by how utterly powerless most people feel.

The companies we work for, the businesses we buy from, and the political system we participate in all seem to have grown less accountable. I hear it over and over: They don’t care; our voices don’t count.

A large part of the reason is we have fewer choices than we used to have. In almost every area of our lives, it’s now take it or leave it.

Companies are treating workers as disposable cogs because most working people have no choice. They need work and must take what they can get.

An observer to the world. I have a unique view of the world and want to share it. It's all in love from the people of the "blues". Love, Knowledge, and Sharing amongst all is the first steps towards solving all the problems amongst humanity.
View all posts by The Soul Brother →
This entry was posted in News from the Soul Brother and tagged economy, inequality, politics, Robert Reich, United States. Bookmark the permalink.