Mississippi Man Sentenced for His Role in a Conspiracy to Commit Racially Motivated Assaults, Culminating in the Killing of an African-American Man Run Over by Truck 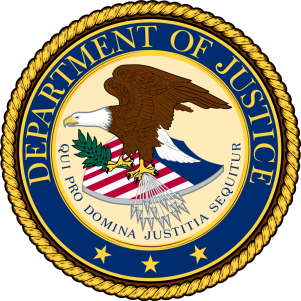 Mississippi Man Sentenced for His Role in a Conspiracy to Commit Racially Motivated Assaults, Culminating in the Killing of an African-American Man Run Over by Truck

The Justice Department announced today that John Louis Blalack, 21, of Brandon, Mississippi, was sentenced today in U.S. District Court of the Southern District of Mississippi in Jackson for his role in a federal hate crime conspiracy involving racially motivated assaults, culminating in the death of James Craig Anderson, an African-American man, in the summer of 2011. Blalack had previously pleaded guilty to two counts of commission of a hate crime for his role in the conspiracy and the cover-up. Blalack was sentenced to 240 months in prison.

“The Justice Department will always fight to hold accountable those who commit racially motivated assaults,” said Acting Assistant Attorney General Vanita Gupta of the Civil Rights Division. “We hope that the prosecution of those responsible for this horrific crime will help provide some measure of closure to the victim’s family and to the larger community affected by this heinous crime.”

“The FBI takes very seriously its responsibility to uphold the civil rights of all citizens,” said Special Agent in Charge Donald Alway of the FBI’s Jackson, Mississippi, Division.  “Together with its law enforcement partners, the FBI will continue its efforts to aggressively pursue and bring to justice all those individuals who conspire to deprive others of their civil rights merely because of the color of their skin.”

Read More Mississippi Man Sentenced for His Role in a Conspiracy to Commit Racially Motivated Assaults, Culminating in the Killing of an African-American Man Run Over by Truck | OPA | Department of Justice.

An observer to the world. I have a unique view of the world and want to share it. It's all in love from the people of the "blues". Love, Knowledge, and Sharing amongst all is the first steps towards solving all the problems amongst humanity.
View all posts by The Soul Brother →
This entry was posted in News from the Soul Brother and tagged James Craig Anderson, John Louis Blalack, justice, law, Mississippi, murder, race, racism, US Department of Justice. Bookmark the permalink.