Can Racism Be Stopped in the Third Grade? 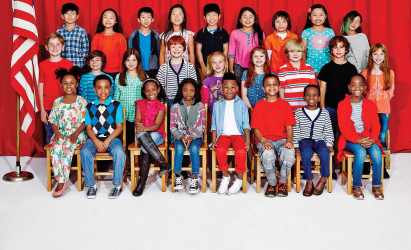 The form arrived in an email attachment on the Friday after winter break.“What is your race?”it asked. And then, beneath that, a Census-style list: “African-American/Black,” “Asian/Pacific Islander,” “Latina/o,” “Multi-racial,” “White,” and “Not sure.”

The email, signed by the principal of Fieldston Lower School, urged parents to talk about these categories with their children at home because the next week, in school, the kids would have to check the box that fit them best. “I know there may be some nervous feelings about this program,” the email concluded, but “I am confident that once you hear more details about it … the value and importance of this work will become clear.”

The parents at Lower, as it’s called, are a bighearted, high-maintenance, high-achieving group. They are also, by the standards of the New York City private-school universe, exceedingly liberal — educators and social workers, as well as hedge-fund tycoons. They love the school, and trust it, mostly. But this communication seized their attention. “I was like, Wait. What?” remembers one mother. Another quizzed her 11-year-old daughter as they were driving. “We have to go in our race groups” was how the girl explained  it. The mother hoped her daughter had misunderstood.

In recent years, under the direction of its principal, George Burns, Lower has come to look a lot less like the white, mostly Jewish Riverdale neighborhood that encircles the school and more like the Bronx in general. Just fewer than half the kids at Lower are white. Twenty percent are black or Latino, and another 20 percent multi­racial. The remainder are Asian or won’t say, making Lower one of the most racially diverse private elementary schools in New York. This has been a big change (when Burns took the job 16 years ago, about 20 percent of the students were kids of color), but as this parent body sees it, it’s all to the good. Lower has always been a progressive place, and in 2015, many are happy to see it as a kind of racial utopia, too.

Read More Can Racism Be Stopped in the Third Grade? — Science of Us.

An observer to the world. I have a unique view of the world and want to share it. It's all in love from the people of the "blues". Love, Knowledge, and Sharing amongst all is the first steps towards solving all the problems amongst humanity.
View all posts by The Soul Brother →
This entry was posted in News from the Soul Brother and tagged children, education, Fieldston Lower School, New York City, race, racism, The Bronx. Bookmark the permalink.

1 Response to Can Racism Be Stopped in the Third Grade?