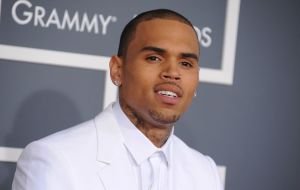 When you returned home on Wednesday, May 6th I know you surely had a WTF moment. Discovering that your home was broken into, seeing your cars vandalized and finding a naked woman, whom you didn’t know, in your bed had to be shocking, infuriating and maybe even a little scary. You were violated by a young woman who by all accounts, even your own, was not thinking logically. I’m sure in the heat of the moment you were angry and wanted to publicly shame her and get vengeance for what she had done to your property and how she made you feel. So you posted her pic and called her crazy. But as you have already acknowledged, Amira Kodcia Ayeb, the 21-year-old woman who spray painted your Range Rover and threw your daughter’s clothing in the trash, is not crazy — she is sick. Most likely, Ms. Ayeb is struggling with manic depression, bi-polar disorder, or schizophrenia, or a combination of any of these diseases.

Initially you pressed charges against Ms. Ayeb for stalking, vandalism and burglary, when in fact, what she needed most was counseling. I’m gathering after being advised, and maybe some soul-searching on your part, you decided to drop the charges. This was one of the smartest, most thoughtful and selfless acts I’ve seen you commit in a long time and I was proud that you saw in your heart to handle this matter in a different, more effective manner.

To say that Black mentally ill people, especially women, do not fare well in the custody of police officers is a major understatement. Have you heard about Tanisha Anderson, who died after officers allegedly slammed her head on the pavement as they attempted to take her into custody? She had been prescribed medication for bipolar disorder and schizophrenia. Her family wanted the police’s assistance in getting her to go to the hospital for an evaluation. She was only 37 years old and now she’s dead. Another recent example is the death of Natasha McKenna just this past February after she was Tasered four times while in custody with her hands cuffed, legs shackled, and a mask over her head. She was a mother. Now she’s dead too. Chris, when you dropped the charges against Ms. Ayeb you not only saved her from possibly going to prison for many years, you may have saved her from being killed. So thank you.

An observer to the world. I have a unique view of the world and want to share it. It's all in love from the people of the "blues". Love, Knowledge, and Sharing amongst all is the first steps towards solving all the problems amongst humanity.
View all posts by The Soul Brother →
This entry was posted in Soul Brother Presents and tagged Bipolar Disorder, Black Lives Matter, Black Women, Chris Brown, depression, Mental health, Mental Illness. Bookmark the permalink.