By Mitch Smith and Matt Apuzzo 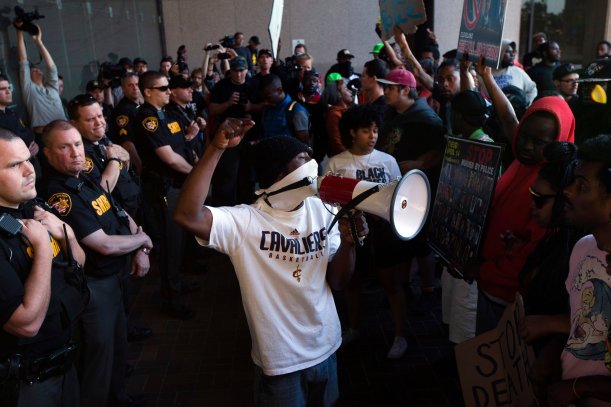 The city of Cleveland has reached a settlement with the Justice Department over what federal authorities said was a pattern of unconstitutional policing and excessive use of force, people briefed on the case said Monday.

The settlement, which could be announced as early as Tuesday, comes days after a judge declared a Cleveland police officer not guilty of manslaughter for climbing onto the hood of a car and firing repeatedly at its unarmed occupants, both of them black. The verdict prompted hours of protests and reignited discussions about how police officers treat the city’s African-American residents.

For Cleveland, a settlement avoids a long and costly court fight and the appearance that city leaders are resisting change. Mayor Frank Jackson faces a recall petition from city activists who say, among other grievances, that he has not done enough to prevent police abuses. The Justice Department has called him a full partner in its effort to improve the police department.

The details of the settlement were not immediately clear, but in similar negotiations in recent years, the Justice Department has insisted that cities allow independent monitors to oversee changes inside police departments. Settlements are typically backed by court orders and often call for improved training and revised use-of-force policies.

An observer to the world. I have a unique view of the world and want to share it. It's all in love from the people of the "blues". Love, Knowledge, and Sharing amongst all is the first steps towards solving all the problems amongst humanity.
View all posts by The Soul Brother →
This entry was posted in News from the Soul Brother and tagged Cleveland, Cleveland Police Department, Frank Jackson, police abuse, U.S. Department of Justice. Bookmark the permalink.