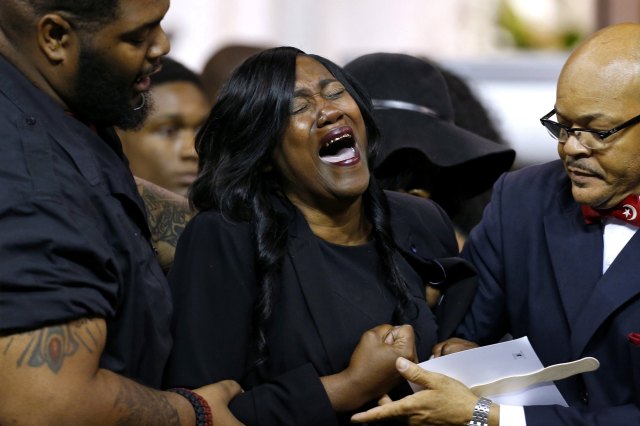 Mayor Kip Holden didn’t attend Alton Sterling’s funeral on Friday, continuing his track record of being a no-show throughout the biggest thing to hit his city in years.

Strangely, the mayor’s staff said that no one currently in his office could officially confirm or deny if Holden attended, and refused to provide phone numbers to reach communications staffers who might have an answer.

Hundreds of people, including staff for Gov. John Bel Edwards, who himself was out of town for the National Governors Conference, and U.S. Rep. Cedric Richmond, gathered at for Sterling’s funeral ten days after he was killed by two white police officers. In all that time, Mayor Holden hasn’t even called the Sterling family.  President Obama called the family on Tuesday.

In fact, Holden spent several days in Washington, D.C. lobbying for transportation funding immediately after the shooting while protesters clashed with cops and the Justice Department began investing his own cops.

An observer to the world. I have a unique view of the world and want to share it. It's all in love from the people of the "blues". Love, Knowledge, and Sharing amongst all is the first steps towards solving all the problems amongst humanity.
View all posts by The Soul Brother →
This entry was posted in News from the Soul Brother and tagged Alton Sterling, Baton Rouge, Kip Holden, Louisiana, police brutality, race, racism, United States. Bookmark the permalink.