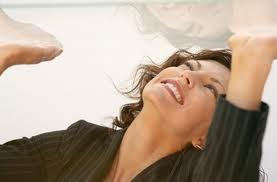 In a recent Gallup poll, 15 percent of American women said that they have been passed over for a promotion or an opportunity at work because of their gender. Thirteen percent reported having been denied a raise for the same reason.

This is a problem disproportionately affecting women. When Gallup asked men these questions, just 8 percent said they were denied a promotion because of their gender and a mere 4 percent reported being denied a raise for that reason.

Women also report being less satisfied with their pay and promotions. Although men and women report somewhat equal satisfaction on many elements of the workplace, an 8 percentage point gap appears between how satisfied the genders are on the amount of money they earn and a slight gap shows up in their chances at promotion.

Read More 15 Percent Of Women Say They Were Denied Promotions Because Of Gender | ThinkProgress.

An observer to the world. I have a unique view of the world and want to share it. It's all in love from the people of the "blues". Love, Knowledge, and Sharing amongst all is the first steps towards solving all the problems amongst humanity.
View all posts by The Soul Brother →
This entry was posted in News from the Soul Brother and tagged fair wages, gender discrimination, Gender equality, job, money, promotion, salary, United States, wages, women, workplace. Bookmark the permalink.