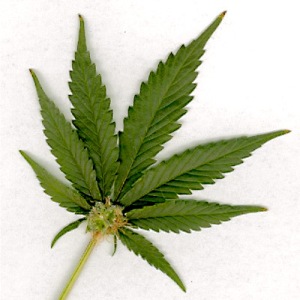 Has the new year started out on a high or a drugged-out low? The decriminalization of marijuana in Washington and Colorado has been heralded as the end of prohibition — and alternately lamented as the rock-bottom of America’s morality.

But few have acknowledged the obvious: The media’s images of mostly scruffy-looking, smiling people, lined up to score some newly legal dope, are overwhelmingly white.

Now imagine the reaction — from the media, your mother and the Justice Department — if these lines were filled with young Hispanics or African Americans with cornrows, do-rags and sagging pants? We can almost hear the conversation shifting from warnings about the health risks of the munchies to panic over marijuana as a “gateway drug” — and the violence, gang activity and criminality it sows.

What’s happening in Washington and Colorado isn’t a shift so much as a formalization of what has long been a reality: If you’re white, you can do drugs with relative impunity. No one law or state initiative will be the nail in the coffin of America’s failed war on drugs — and sadly, black and Latino Americans will continue to get locked up while others are getting high.

An observer to the world. I have a unique view of the world and want to share it. It's all in love from the people of the "blues". Love, Knowledge, and Sharing amongst all is the first steps towards solving all the problems amongst humanity.
View all posts by The Soul Brother →
This entry was posted in News from the Soul Brother and tagged Colorado, crime, decriminalization. cannabis, legalization, marijuana, race, Washington. Bookmark the permalink.