Living on $2.13 an hour and tips: the harsh inequality of the service industry 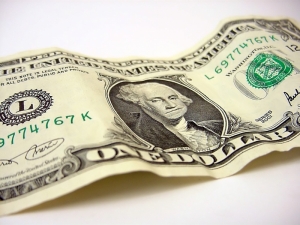 Imagine that your pay depended on the mood of your clients, or on whether all your colleagues and superiors did their jobs well. Food industry workers like Nakima Jones don’t have to imagine this – for them, income instability is a daily reality. Jones is one of 10 million Americans working in food and drink establishments throughout the nation. She knows what’s it like to depend on customers for her rent and grocery money.

Jones, who was born and raised in New York City, has been working on and off in the restaurant industry since she was 16-years-old. Jones recalled some of the hardships of working for tips this week in a panel held by the Ms. Foundation, the Murphy Institute and ROC-New York, which focused on surviving on pay of less than $5 an hour. Among the obstacles she faced were an ever-changing schedule, double shifts and even the fear of going to the bathroom, as she didn’t want to risk giving customers a reason to say she had been inattentive.

Since 1996, the federal tipped-minimum wage for food workers like Jones has been $2.13. So far, only seven states have passed legislation eliminating this kind of sub-wage, requiring all workers to be paid a statewide minimum wage. Some states have taken steps to increase the tipped wage slightly. For example, New York restaurant workers are now paid $5 an hour. Yet many states still pay their food industry workers less than $3 an hour.

This tipped-minimum wage policy is basically the restaurant industry asking its customers to pay its workers, says Saru Jayaraman, co-director of Restaurant Opportunities Centers United, also known as ROC-United, and author of Behind the Kitchen Door.

“When you earn a wage of $2 or $5, you don’t actually earn a wage at all. Your wage is so low it goes entirely to taxes and you get a pay stub that says ‘This is not a paycheck’. It says ‘$0’. And you live off of your tips,” explains Jayaraman. Restaurant workers are also required by law to claim their tips as income. The tax on their combined income – hourly wage plus tips – is considerably more than what they would pay on their hourly pay.

Read More Living on $2.13 an hour and tips: the harsh inequality of the service industry | Money | theguardian.com.

An observer to the world. I have a unique view of the world and want to share it. It's all in love from the people of the "blues". Love, Knowledge, and Sharing amongst all is the first steps towards solving all the problems amongst humanity.
View all posts by The Soul Brother →
This entry was posted in News from the Soul Brother and tagged economy, food & drink industry, jobs, personal finance, poverty, United States, women. Bookmark the permalink.