The Crisis in Black and Brown Youth Unemployment 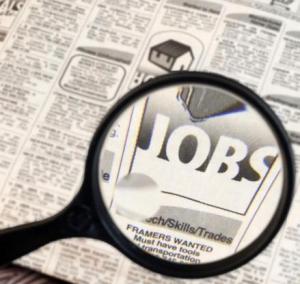 As the White House prepares to launch a major economic opportunity effort, record high unemployment among black and Latino youth underscores how essential it is to create job opportunities for young people of color.

The critical issue here is that the ages of 16 to 24 are make or break years for lifelong earning potential. With one out four blacks and one out of six Latinos under the age of 25 without work, a generation of youth of color risks falling behind.

The situation for black and Latino unemployed youths is so alarming that leading think tanks and economists are raising red flags about it at a staggering pace. One report on the topic by Demos, the public policy organization, argues that the “exclusion of young people of color” from job opportunities “weakens the promise of America.”*

With wealth in African-American and Latino communities already the lowest on record, a loss of income on a generational scale would likely harden existing inequities and set back economic progress in the country for decades. That’s because there are simply so many young blacks and Latinos who want work but can’t find it.

The jumpoff for understanding what’s going on is that the youth jobs market as a whole, like the broader labor market, is in shambles.

An observer to the world. I have a unique view of the world and want to share it. It's all in love from the people of the "blues". Love, Knowledge, and Sharing amongst all is the first steps towards solving all the problems amongst humanity.
View all posts by The Soul Brother →
This entry was posted in News from the Soul Brother and tagged african american, hispanic, jobs, money, School-to-prison pipeline, unemployment, youth. Bookmark the permalink.