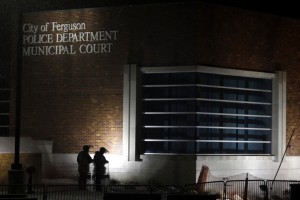 Two reports released by the U.S. Justice Department last week have thrust police-community relations back to the center of the national discourse. One clears former police officer Darren Wilson (PDF) in the shooting death of Michael Brown, an unarmed black teenager. Another strongly criticizes the Ferguson Police Department (PDF), Wilson’s former employer, for a widespread pattern of racial bias, manifesting in traffic stops, fines for petty offenses, and use of force.

But while the DOJ’s investigation of Wilson and criticism of the Ferguson PD have been grabbing headlines, a third federal report released last week may end up being more relevant to addressing America’s policing dilemma.

An interim report (PDF) by President Obama’s Task Force on 21st Century Policing outlines nearly 60 recommendations for improving policing practices and fostering strong relationships between police and the communities they swear to protect and serve.

These are sound recommendations, consistent with the emerging consensus among experts. But only sustained, rigorous implementation of these ideas will produce the desired changes. Three sets of the task force’s recommendations help illustrate this.

First, law enforcement agencies should collect and report data as the task force recommends. But without proper analysis, data can mislead the public, inflame emotion, and further deteriorate relationships between police and communities.

An observer to the world. I have a unique view of the world and want to share it. It's all in love from the people of the "blues". Love, Knowledge, and Sharing amongst all is the first steps towards solving all the problems amongst humanity.
View all posts by The Soul Brother →
This entry was posted in News from the Soul Brother and tagged Department of Justice, Ferguson, Michael Brown shooting, police, Policing, race, racial bias. Bookmark the permalink.