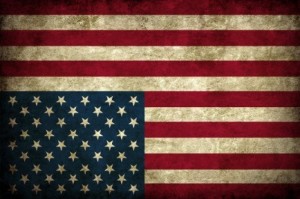 In 2004, Sean Bailey recalls, he was driving through the streets of St. Louis County en route to a party, when he saw a familiar black-and-white car out of the corner of his eye. He reached for his phone to warn the friend he was following to slow down, but it was too late; the cop blared his siren and pulled up behind him. Bailey, who had a warrant stemming from a failure to appear in court for unpaid traffic tickets, felt a familiar pang of anxiety. He knew exactly what was going to happen next.

“I was like, I’m going to get into this little orange jumpsuit and sit in this cold cell for a couple of days here,” the bespectacled St. Louis, Missouri native recalls, lighting a cigarette and blowing out a thin ribbon of smoke.

The officer ran Bailey’s name and discovered he had a warrant. Bailey was arrested and sent to jail in Florissant, a municipality in northern St. Louis County bordering Ferguson. When Bailey stepped inside his cell, he was greeted with a gust of cold air. It was chilly outside — maybe 20 degrees, he speculates — “and they had the AC blasting.” The interior was grimy, and “there were a lot of guys in there, beating on the cells and calling for [help] and nobody was coming.”

Bailey sits comfortably on the stoop of a red-brick apartment in North St. Louis County while his daughter, who is groggy with a cold, naps inside. The 35-year-old single father is homeless, and for the moment he’s staying in a relative’s place on a noisy street dotted with crumbling corner stores. Since 1995, Bailey estimates he’s been jailed upwards of 20 times throughout St. Louis County — tallying up to more than two months behind bars — for warrants stemming from traffic violations. At least once, he was subject to what some call “riding the circuit” — shuttled to jail in a handful of municipalities back-to-back after the officer who arrested him notified police in other municipalities where he had warrants. Bailey, diagnosed with an anxiety disorder and prone to regular panic attacks, says he once faked a heart attack in his cell just to get medical care.

“A lot of people were locked up with diabetes, high blood pressure, and they weren’t able to get their medicine. I had been locked up for days and I didn’t have my medication,” he pauses. “The paramedics got there and were like ‘he’s not having a heart attack but you might not want to keep him there anymore.’ It’s very stressful.”

An observer to the world. I have a unique view of the world and want to share it. It's all in love from the people of the "blues". Love, Knowledge, and Sharing amongst all is the first steps towards solving all the problems amongst humanity.
View all posts by The Soul Brother →
This entry was posted in News from the Soul Brother and tagged Ferguson, law, Missouri, race, racism, St. Louis, traffic court, United States, warrants. Bookmark the permalink.