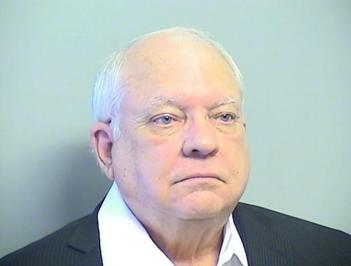 The FBI cleared an Oklahoma sheriff’s deputy of violating a suspect’s civil rights in the case of a Tulsa County reserve deputy fatally shooting an unarmed man after the volunteer grabbed his revolver instead of his stun gun, the sheriff said Monday.

But it remains unclear if 73-year-old Robert Bates was qualified to use the gun he fired April 2, killing 44-year-old Eric Harris, said Sheriff Stanley Glanz.

Bates, a wealthy insurance executive who has known Glanz for 25 years on both a professional and personal level, faces a second-degree manslaughter charge for accidentally killing Harris during a gun-and-drug buy sting. A report by the Tulsa World found that supervisors falsified training records for Bates, a deep-pocketed donor who has supplied the department with cars and electronic equipment during his seven years as a volunteer reserve deputy.

Glanz, who received a $2,500 donation from Bates during his 2012 reelection campaign for sheriff, said his friend was properly trained.

“Mr. Bates has been to the range several times and is qualified, and that is documented,” the sheriff said at a news conference Monday. But asked specifically about Bates’ training with the revolver used in the killing, Glanz added: “That is something we’re still looking at and it will be part of the administrative review.”

An observer to the world. I have a unique view of the world and want to share it. It's all in love from the people of the "blues". Love, Knowledge, and Sharing amongst all is the first steps towards solving all the problems amongst humanity.
View all posts by The Soul Brother →
This entry was posted in News from the Soul Brother and tagged Eric Harris shooting, Oklahoma, police violence, Robert Bates, Stanley Glanz, Tulsa. Bookmark the permalink.