Prince Records Tribute to the People of Baltimore, Shares Artwork 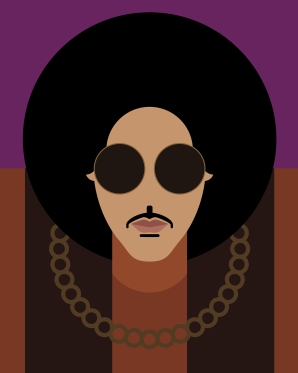 Prince will share his feelings on the unrest in Baltimore in the way he knows best — in song.

The legendary artist has recorded a “tribute to all of the people of the city of Baltimore,” a spokesperson tells Billboard. Though release plans haven’t been announced, it’s understood the track will address Freddie Gray’s death in Baltimore police custody, and the socio/political issues around the nation following a spate of killings of young black men.

Prince is the latest in a long line of artists who’ve taken a stand over the murder of African-Americans. The likes of Joey Bada$$, Future Islands, Beyonce and The Game have led tributes and called for action following the deaths of Gray and others before him.

An observer to the world. I have a unique view of the world and want to share it. It's all in love from the people of the "blues". Love, Knowledge, and Sharing amongst all is the first steps towards solving all the problems amongst humanity.
View all posts by The Soul Brother →
This entry was posted in News from the Soul Brother and tagged #OneBaltimore, entertainment, Freddy Gray, music, prince, social activism, social awareness. Bookmark the permalink.