A Letter From Black America 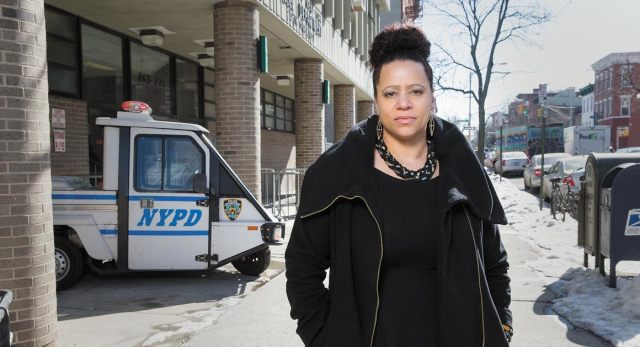 Last July 4, my family and I went to Long Island to celebrate the holiday with a friend and her family. After eating some barbecue, a group of us decided to take a walk along the ocean. The mood on the beach that day was festive. Music from a nearby party pulsed through the haze of sizzling meat. Lovers strolled hand in hand. Giggling children chased each other along the boardwalk.

Most of the foot traffic was heading in one direction, but then two teenage girls came toward us, moving stiffly against the flow, both of them looking nervously to their right. “He’s got a gun,” one of them said in a low voice.

I turned my gaze to follow theirs, and was clasping my 4-year-old daughter’s hand when a young man extended his arm and fired off multiple shots along the busy street running parallel to the boardwalk. Snatching my daughter up into my arms, I joined the throng of screaming revelers running away from the gunfire and toward the water.

The shots stopped as quickly as they had started. The man disappeared between some buildings. Chest heaving, hands shaking, I tried to calm my crying daughter, while my husband, friends and I all looked at one another in breathless disbelief. I turned to check on Hunter, a high school intern from Oregon who was staying with my family for a few weeks, but she was on the phone.

“Someone was just shooting on the beach,” she said, between gulps of air, to the person on the line.

Unable to imagine whom she would be calling at that moment, I asked her, somewhat indignantly, if she couldn’t have waited until we got to safety before calling her mom.

”My friends and I locked eyes in stunned silence. Between the four adults, we hold six degrees. Three of us are journalists. And not one of us had thought to call the police. We had not even considered it.We also are all black. And without realizing it, in that moment, each of us had made a set of calculations, an instantaneous weighing of the pros and cons.

An observer to the world. I have a unique view of the world and want to share it. It's all in love from the people of the "blues". Love, Knowledge, and Sharing amongst all is the first steps towards solving all the problems amongst humanity.
View all posts by The Soul Brother →
This entry was posted in News from the Soul Brother and tagged Black Lives Matter, Ferguson, New York, police, race, race relations, United States. Bookmark the permalink.