By the numbers: US police kill more in days than other countries do in years 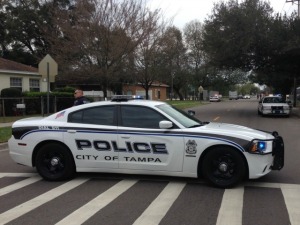 It’s rather difficult to compare data from different time periods, according to different methodologies, across different parts of the world, and still come to definitive conclusions.

But now that we have built The Counted, a definitive record of people killed by police in the US this year, at least there is some accountability in America – even if data from the rest of the world is still catching up.

It is undeniable that police in the US often contend with much more violent situations and more heavily armed individuals than police in other developed democratic societies. Still, looking at our data for the US against admittedly less reliable information on police killings elsewhere paints a dramatic portrait, and one that resonates with protests that have gone global since a killing last year in Ferguson, Missouri: the US is not just some outlier in terms of police violence when compared with countries of similar economic and political standing.

America is the outlier – and this is what a crisis looks like.

Fact: In the first 24 days of 2015, police in the US fatally shot more people than police did in England and Wales, combined, over the past 24 years.

Behind the numbers: According to The Counted, the Guardian’s special project to track every police killing this year, there were 59 fatal police shootings in the US for the days between 1 January and 24 January.

According to data collected by the UK advocacy group Inquest, there have been 55 fatal police shootings – total – in England and Wales from 1990 to 2014.

The US population is roughly six times that of England and Wales. According to the World Bank, the US has a per capita intentional homicide rate five times that of the UK.

Read More By the numbers: US police kill more in days than other countries do in years | US news | The Guardian.

An observer to the world. I have a unique view of the world and want to share it. It's all in love from the people of the "blues". Love, Knowledge, and Sharing amongst all is the first steps towards solving all the problems amongst humanity.
View all posts by The Soul Brother →
This entry was posted in News from the Soul Brother and tagged Death, global comaprison, police violence, Policing, The Counted, United States. Bookmark the permalink.